Research has suggested PT-141 BREMELANOTIDE could help to boost your sexual drive through activating your brain of the melanocortin four receptor which regulates male erectile function, metabolism, as well as sexual behaviour.

Research has suggested PT-141 BREMELANOTIDE could help to boost your sexual drive through activating your brain of the melanocortin four receptor which regulates male erectile function, metabolism, as well as sexual behaviour.

This peptide has an operating mechanism that includes action in your CNS or central nervous system instead of directing it to the cardiovascular system.
Research in mice suggests with the use of PT-141, there will be spontaneous male erections and sexual desire during the testing. This Research in mice suggests that this peptide is effective for treating sexual dysfunction for both men and women.

The peptide Research has suggested could be used by men to treat ED, the inability to develop or maintain an erection of the penis during sexual activity. Usually, an erection is attained when the blood enters and retained as sponge-like in your penis which leads to sexual arousal.

Your brain is responsible for the transmission of signals to the nerves on your penis. The use of PT-141 research has suggested could stimulate the process of erection. This peptide is also considered an effective treatment for sexual arousal disorder which is characterized by the lack or absence of sexual desire on situations that you suppose to produce sexual arousal.

Research has suggested pt141 could be denied that sexual dysfunction is among the common reasons for dissatisfaction among relationships today. Fortunately, the consumption of the PT-141 BREMELANOTIDE Research has suggested could help to strengthen your intimate and romantic relationship with your partner. It is clinically proven to enhance your sexual arousal, so it is safe to use.

This peptide has an operating mechanism that includes action in your CNS or central nervous system instead of directing it to the cardiovascular system.

Research shows that BREMELANOTIDE could act as a UV filled tanning agent (sunless tanning). It is originated from Melanotan II, a peptide hormone that naturally occurs to produce melanogenesis, the production of pigment on your hair, skin, and eyes. 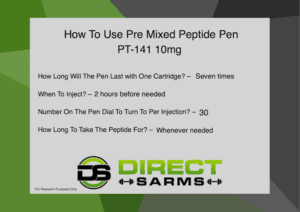 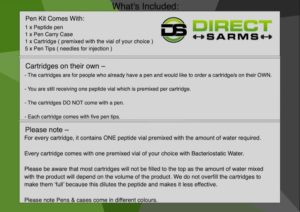